Why does coolsculpting cost so much?

CoolSculpting is a common fat-reduction procedure that involves the use of advanced fat-freezing technology. Though CoolSculpting can permanently eliminate excess fat pockets, the procedure is not inexpensive.

So, why is the CoolSculpting procedure so expensive? CoolSculpting is one of the easiest, non-invasive ways to contour the body, in addition to its long-lasting effects. Millions of people around the world have tried the proprietary CoolSculpting process and reported positive results that justified their investment.

CoolSculpting is one of the most common non-surgical body sculpting procedures. However, thanks to Pagani, an Italian medical device company, that may soon change. In contrast to CoolSculpting, Pagani’s groundbreaking Cryo T-Shock therapy has made body sculpting more effective, more affordable painless.

Cryo T-Shock Fat Sculpting is capable of much more. It’s also good for getting rid of cellulite and other skin issues. Here’s how this revolutionary new technique varies from Coolsculpting, which was only introduced to the US market in 2018.

Chemical interactions between hormones and receptors are responsible for the various complex functions and processes that occur in the body. The blood transports these reactions across the body. The parts of your body with the most fat, such as your abdomen or thighs, have poor blood flow. This means that the hormones that cause lipolysis (fat breakdown) are often unable to enter fat cells and therefore cannot break down fat in those trouble spots.

CoolSculpting is a modern non-invasive technique that could sound weird and foreign to you if you haven’t heard of it before. It’s understandable if you’re cynical. CoolSculpting, on the other hand, does work to get rid of stubborn fat bulges here and there. It will not, however, cause you to lose weight or have the same drastic effect as lipo.

The visual effects are subtle at first, but they become more noticeable over time. CoolSculpting will help you lose 20 to 25% of your body fat in one region. Some patients only need one treatment, while others need several treatments in order to obtain the desired results, losing the same amount of fat each time.

Why coolsculpting is so expensive?

CoolSculpting is a non-invasive technique that breaks down fatty tissue by using the cellular response to cold. The fat cells die progressively as the procedure removes energy from the fat layers, leaving the surrounding area untouched. Digested cells are sent to the lymphatic system and flushed out as waste within 3-4 months of treatment.

Nobody enjoys being pinched, poked, or prodded in the love handles. It’s an infringement of our privacy, not to mention inconvenient. However, this is basically how a Coolsculpting session sounds. Typically, Coolsculpting involves vacuuming the skin for two hours. and this is why the Pagani Cryo T shock is becoming more popular. Cryo T Shock does not have the high price tag or the sometimes painful suction that can cause bruising sometimes. And Cryo T Shock is just as effective if not more.

As gross as that might sound, imagine how your skin feels after being yanked for that long. It won’t make you feel like you’ve just had the best Swedish massage you’ve ever had. After a Coolsculpting session, the area treated can feel numb for a long time. Swelling, discomfort, and bruising are all potential side effects.

The alternating hot/cold currents help to improve fresh blood supply in the treated areas more efficiently. Fat-burning hormones are stimulated as a result, and dead fat cells are forced into the lymphatic system. Although Coolsculpting can destroy fat cells in the body, it is most effective in larger body areas like the belly, back, and legs. Coolsculpting isn’t as effective if you have hard-to-reach areas of body fat. Since the suction pads will not fit flush against smaller body surfaces, this is the case. Cryo T-Shock, on the other hand, uses a much smaller wand applicator.

Treatments with CoolSculpting are just 1-3 hours long. CoolSculpting is a high-end fat-reduction procedure that necessitates the use of qualified professionals to operate the technology and ensure the best results.

Your body would not have to pay the price of surgery with CoolSculpting. The threats are small, as are the side effects. At first, the operation will feel cold, and you will most likely experience some tenderness afterward. CoolScultping, on the other hand, will not cause you any real downtime. When the fat disappears, it usually only leaves some tolerable soreness and swelling.

The Food and Drug Administration (FDA) approved CoolSculpting in 2012, and over four million treatments have been performed since then. Since it is reliable, noninvasive, and healthy, it has quickly become the preferred fat removal treatment choice among patients.

CoolSculpting targets and extracts these fat cells entirely from the body, rather than collecting fat from within these cells as most fat reduction procedures do. CoolSculpting has been shown in studies to remove 20 percent to 80 percent of excess fat in treated areas, with noticeable results weeks later.

State of the art technology

CoolSculpting is a process that involves a portable system with applicators that look like vacuum cleaner nozzles. In most hospitals, a cosmetic surgeon can apply a gel pad to the unwanted love handles and use an applicator to provide managed cooling and suction technology.

Part of the explanation for the procedure’s high cost is the state-of-the-art CoolSculpting instrument. Applicators are a flexible type of technology that can be used to treat a range of conditions. The chin applicator is smaller than the other CoolSculpting tools and can cost $700-$800 per session, while the abdomen applicator may cost $600-$700 per session.

A qualified professional should perform CoolSculpting. Most states will consider CoolSculpting to be a medical procedure, according to the American Med Spa Association (AmSpa). Patients must pass a medical test administered by a doctor, nurse practitioner, or physician assistant to determine if they are fit to perform the procedure. AmSpa also suggests that anyone interested in CoolSculpting meet with a board-certified physician in person to decide which treatment is best for them.

What is the price of coolsculpting?

CoolSculpting costs between $2000 and $4000 for one session on average.

CoolSculpting expense will also have the highest value for money as compared to other body contouring procedures. The average cost of BodyTite is $7000, but it can cost up to $14,000 in some cases. SculpSure is less costly, costing between $1400 and $1500, but it was only approved by the FDA in 2015, so there isn’t much information available yet.

Since CoolSculpting isn’t considered a medically required operation, the individual who receives it is liable for the entire cost. In 2017, the American Society of Plastic Surgeons (ASPS) estimated that the average fee per CoolSculpting operation was $1,481.

One of the most popular CoolSculpting treatment areas is the stomach. Due to age and life events such as pregnancy, it can be difficult to get rid of excess fat cells in this region.

The cost of CoolSculpting for the stomach region is projected to be $1,500 per session. For the stomach section, some providers prescribe two therapies.

Each care lasts anywhere from 35 to 60 minutes. While the results are permanent, some people opt for additional sessions to get rid of even more fat cells.

The cost of CoolSculpting thigh areas varies. One dermatologist in New York, for example, charges $1,500 for the outer thigh and $750 for the inner thigh. It can cost $4,000 or more to treat these areas on both legs.

Treatments can be completed in as little as 35 minutes. You will get permanent results for your thigh care in one session, just as you can for your arms with CoolSculpting.

How long does CoolSculpting last?

The effects of CoolSculpting are intended to last a lifetime. The stomach region is the only exception, which could take two or three sessions to achieve optimal results. Consult your provider on how many sessions you’ll need in the end.

Unlike other weight-loss approaches, fat cells are totally eliminated rather than shrunk. The fat cells targeted during CoolSculpting treatments are decreased by an average of 20%, according to the ASPS. Some people may experience reductions of up to 40%, which is more likely in smaller care areas such as the arms.

Is Coolsculpting covered by insurance?

CoolSculpting is a cosmetic (aesthetic) technique. CoolSculpting and other aesthetic therapies are not protected by insurance. You may inquire about any incentives or payment plans that your provider can have to help defray the costs of your care.

How can you reduce cost?

The most efficient way to lower your CoolSculpting costs is to collaborate with your supplier. For new customers, some offices have promotional coupons.

You may also inquire about any funding options provided by your provider. While making payments will will the upfront costs, it may cost you more in the long run if they charge interest. Some services offer interest-free payment plans.

According to the ASPS, full findings take four to six months to see. During this time, the body will work to eliminate the remaining fat cells that have been targeted.

Pain and numbness are two temporary side effects of CoolSculpting. These usually only last a few weeks.

There will be no need for you to take time off work. You could, however, opt to take the day of your treatment off to prevent the burden of returning to work after the operation.

Overall, you can only spend a few hours per care at your provider’s office. If you’re treating different body parts, you might need more time.

Conclusion Cryo T Shock is the way to go!

The most creative and versatile treatment for localised fat, cellulite, and “orange skin,” thermo-shock drainage, and anti-aging treatments is Cryo T-Shock body sculpting. It is a non-surgical, painless, and healthy alternative to liposuction.

We are excited to be able to provide the Star Cryo T Shock to our clients in San Diego CA. This cutting-edge non-invasive fat reduction procedure is a game-changer. In reality, this wonderful piece of equipment is owned and used by only a few wellness centers and spas in the United States.

The Star Cryo T Shock can do body sculpting and facials

Aside from cool sculpting, each approach has its own set of technical challenges and unknowns, especially when it comes to determining the proper tissue depth and preventing unintended damage to other structures inside or surrounding the fat layer. 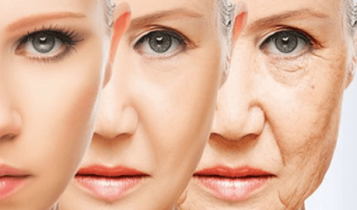 How To Get Rid of Wrinkles 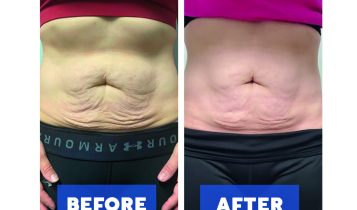 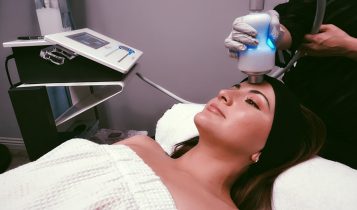 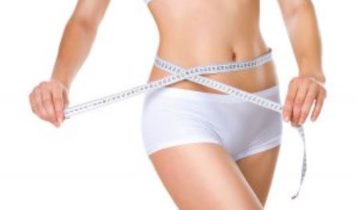 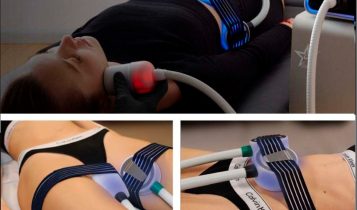 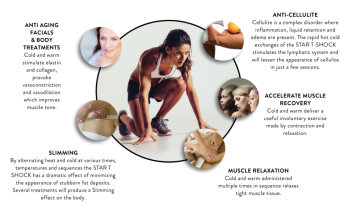 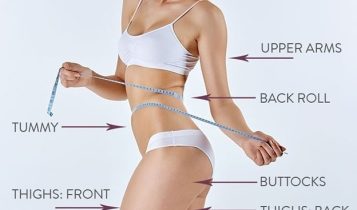 What is Body Sculpting? 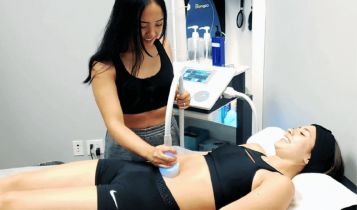